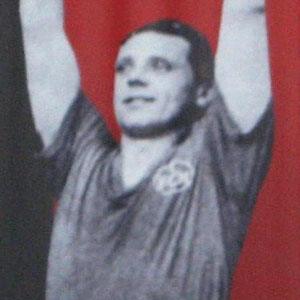 German forward who scored 21 goals for the West Germany national team from 1950 to 1958. He was voted German Footballer of the Year in 1961 by the Association of German Sports Journalists.

He began his professional career with FC Nuremberg in 1940.

He scored 286 goals in his 451-game career with Oberliga Sud.

He and Pele both starred in the 1958 World Cup tournament.

Max Morlock Is A Member Of