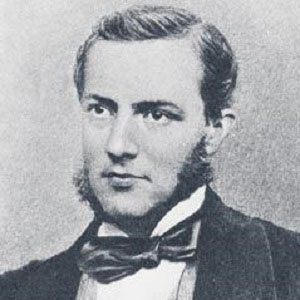 Remembered for his scholarship in the fields of Near and Far Eastern studies and philology, this German-born academic and author published a number of important works, including Chips from a German Workshop and The Sacred Books of the East.

After abandoning his early interest in music, he studied philology at Leipzig University and went on to teach in the languages department at Oxford University.

In the late 1880s, the University of Glasgow appointed Muller to the position of Gifford Lecturer. His popular lectures were later compiled as a four-volume published work.

His marriage to Georgina Grenfell resulted in a son named John and daughters named Beatrice, Ada, and Mary. His father, Wilhelm Muller, was a popular poet whose texts had been used by composer .

In the early 1880s, Muller translated a portion of philosopher Immanuel Kant's Critique of Pure Reason.

Max Muller Is A Member Of