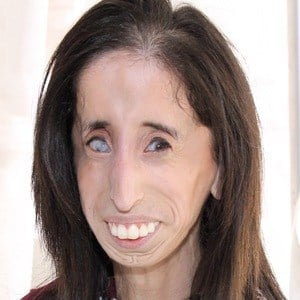 American nonfiction writer whose works include a 2010 autobiography and a 2012 motivational work entitled Be Beautiful, Be You. She became famous for being one of only a handful of people in the world to suffer from Marfanoid-progeroid-lipodystrophy syndrome, which results in an inability to accumulate body fat.

As a result of Marfanoid-progeroid-lipodystrophy syndrome, she was bullied while growing up.

Also a motivational speaker, she became known for her anti-bullying activism.

She and her two younger siblings were born in Austin, Texas to Guadalupe and Rita Velasquez.

Lizzie Velasquez Is A Member Of