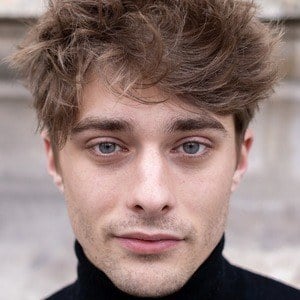 Model turned actor who is known for his representation through as variety of modeling agencies including Elite Paris, Modelwerk Hamburg, and Established London. In 2019, he began starring in Skam France.

He first began posting pictures of his modeling work to Instagram in July of 2014.

He is known for posting a mix of studio and urban modeling content to his over 700,000 Instagram followers.

He was born and raised in France. He posted a picture with his family to Instagram in June of 2017.

He appeared in Skam France alongside Axel Auriant.

Maxence Danet-Fauvel Is A Member Of