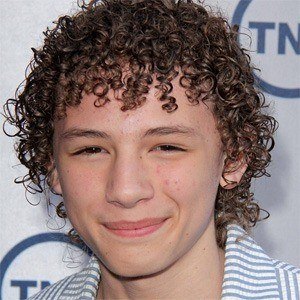 Television actor best known for his role as Matt Mason on the TNT science fiction series Falling Skies, which premiered in 2011.

In 2012 he won a Young Artist Award for Best Performance in a TV Series by a Supporting Young Actor.

When he was five years old, he moved from Honolulu to Los Angeles with his mother. His father and younger brother remained in Hawaii. He has two cats named Jingles and Butterscotch.

Maxim Knight Is A Member Of