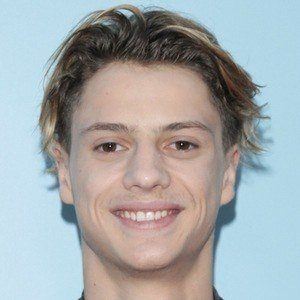 He made his professional acting debut in 2012 in a guest-starring role for an episode of the Disney Channel series Jessie.

He was born in Corrales, New Mexico and raised alongside his brother Xander and his sister Glory. He and his brother filmed together at a very young age, eventually uploading content to their YouTube channels. He briefly dated Isabela Merced in 2016.

He worked alongside Jack Griffo's character in The Thundermans when he made his sole guest appearance on the show in 2013.