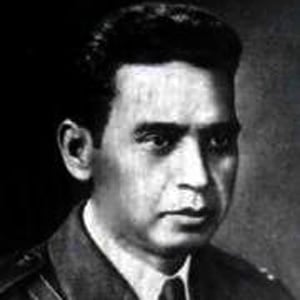 Salvadoran politician who ran a military government as the President of El Salvador from 1931 to 1944. He was a member of the Partido Nacional Pro-Patria political party and he notably suppressed the Salvadoran peasant revolt of 1932.

He served as Vice President and Defense Minister under President Arturo Araujo.

He became President after a coup which was caused because military personnel were not being paid their salaries.

He was raised in a Roman Catholic family in San Matias, El Salvador.

Maximiliano Hernández Martínez Is A Member Of