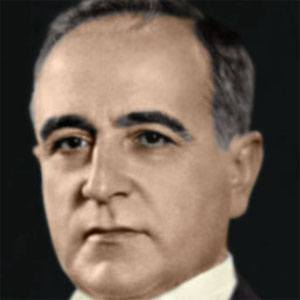 Brazilian politician who served as dictator of Brazil from 1930 to 1945 and was a democratically elected president from 1951 to his death in 1954. He was the longest serving president of Brazil in history, serving for eighteen years.

He first served in the Brazilian military and subsequently studied law. He was elected to the Grande do Sul state legislature and later the Chamber of Deputies.

He seized absolute power in Brazil after a 1932 rebellion against his presidency was quashed.

He married Darci Sarmanho Vargas in 1911 and they had five children together.

It was said that in the early years of his presidency, he emulated the leadership tactics of fascist leader Benito Mussolini.

Getúlio Vargas Is A Member Of