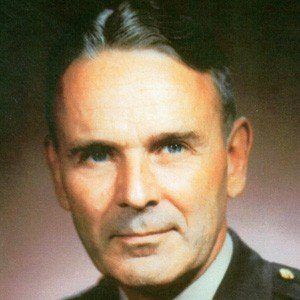 Four-star general who organized the first airborne division in World War II and later led the Joint Chiefs of Staff.

His poor knowledge of geography kept him out of the Naval Academy, so he entered the U.S. Military Academy at West Point, instead.

He believed that even in the atomic age, the infantry would still be needed for smaller-scale conflicts.

He was married to Lydia Gardner Happer. One of the couple's sons grew up to be a U.S. Army officer.

He was a trusted advisor to President John F. Kennedy.

Maxwell D. Taylor Is A Member Of