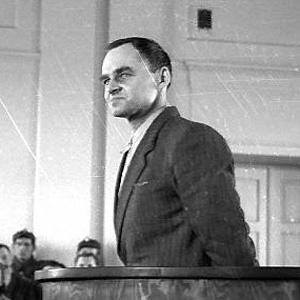 He was born in Russia and moved with his family to Wilno, Lithuania in 1910.

He was the author of Witold's Report, the first intelligence report on Nazi atrocities at the Auschwitz concentration camp.

He worked to expose the war crimes of Adolf Hitler and the Nazi Party.

Witold Pilecki Is A Member Of