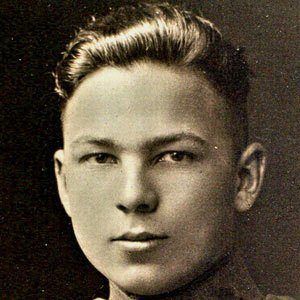 Best known, at the time of his death, as the last living World War I veteran, he chaired the World War I Memorial Foundation. As a result of his wartime service in the United States Army, he earned a World War I Victory Medal.

After working for a time as a banker and telegraph operator, he enlisted in late 1917 in the United States Army.

While working as a merchant in the years following World War I, he was taken by the Japanese as a World War II prisoner-of-war.

His marriage to Audrey Mayo resulted in a daughter named Susannah.

Frank Buckles Is A Member Of