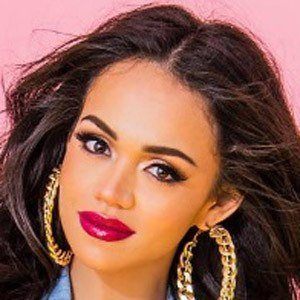 Actress and singer notable for winning the inaugural season of the reality show Operacion Triunfo in 2012. She released an album called Parece Amor in 2013 which included her debut single "Horas."

She was featured in the mini-series Yuru: La princesa amazonica in 2007.

She has been in television series such as Magnolia Merino, La faraona, Conversando Con La Luna and La Mujer Boa.

She is originally from Lima, Peru. She began dating Nesty in 2019.

Mayra Goñi Is A Member Of