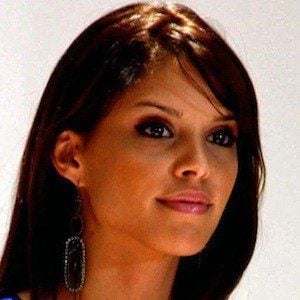 Model who became known after being crowned Miss Universe Puerto Rico 2009. She went on to represent her country in Miss Universe 2009 where she was fourth runner up.

She has also dabbled in fashion and she launched her own Secret campaign, which was featured on YouTube in 2009.

She is originally from San Juan, Puerto Rico.

Mayra Matos Is A Member Of