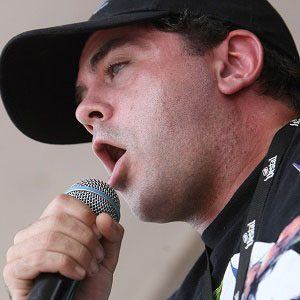 Rapper and voice actor who became one of the seminal names in the nerdcore genre with albums like 2003's Knowing is Half the Hassle and 2006's Dungeon Master of Ceremonies. Outside of music, he is best known for his voice work on a variety of shows on the Adult Swim block of Cartoon Network shows, including Aqua Teen Hunger Force and Sealab 2021.

He was born in Libertyville, Illinois and attended the School of the Art Institute of Chicago as well as New York University's Tisch School of the Arts. Before rapping, he performed with the rock band The Lee Majors.

He has created the theme songs for several shows on SModcast Internet Radio, including SModcast and Jay & Silent Bob Get Old.

He and MC Frontalot are two of the best-known rappers in the nerdcore genre.

MC Chris Is A Member Of