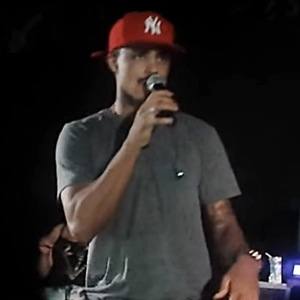 Brazilian singer who has become known as a premiere performer of the Brazilian music subgenre known as funk ousadia. He gained popularity through racy songs like ''Mulher Kama Sutra'," "Pepeca do Mal'" and "Tudo De Bom."

He was raised in Zona Norte de São Paulo and played the violin. He began singing as an amateur in 2008 and became a professional in 2013.

His song "Picada Fatal" contains a sample from the popular Disney movie Cinderella.

His real name is Oliver Decesary Santos. He lived with his grandmother for part of his childhood.

He has appeared with MC Pedrinho on several songs, including "Se Prepara" and "Dom Dom Dom."

MC Livinho Is A Member Of