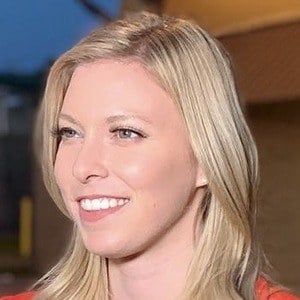 Cheerleader at the University of Nevada who runs the YouTube channel cheeradvice4you, where she posts vlogs as well as cheerleading tips. She also competed with the All-Star team Accolade.

She kicked off her channel by posting a video called "How to Pack Your Cheer Bag for Football Games!"

Her channel has earned more than 160,000 YouTube subscribers since its creation in April of 2011.

She started off in California before heading to Nevada for school. She has a sister who is also a cheerleader.

Meaghan Mackey Is A Member Of