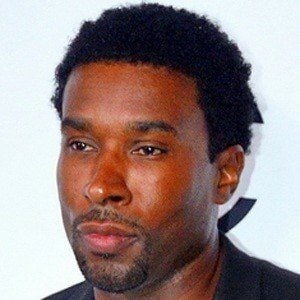 Rapper turned actor who began appearing in Tyler Perry's The Have's and Have Not's on the Oprah Winfrey Network. As a hip hop artist, he has been known as The Six Million Dollar Man. An original album of his is titled The Love that Hate Made.

His life was filled with drugs and violence, which led to homelessness and being in and out of job corps. He was later accepted into Morris Brown College.

He previously used the moniker 6Milly when he was a ghostwriter for many top recording artists.

He grew up with multiple siblings. His mother was schizophrenic. He began dating model Claudia Jordan. He and Jordan welcomed a daughter named Sage in 2018.

He wrote the Ludacris single "Pimpin All Over the World."

Medina Islam Is A Member Of