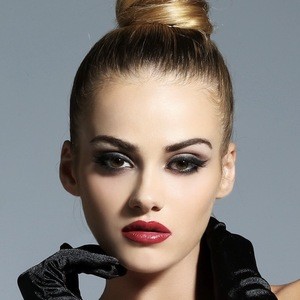 Albanian model, dancer, and actress who is known for specializing in ballerina-based styles. She is known for having been part of the Ajkun Ballet Theater Company in New York, for having taught several dance MasterClasses throughout Italy, and for having appeared in several films including Passion Flight and Mind Games.

While she started dancing at 5, she began performing at 8 when she landed a role in a production of The Swan Death on TVSH. She then became a ballerina for Albanian Sunday from 2013 until 2015. In 2015, she became part of the Ajkun Ballet Theater Company based in New York.

She has been featured on the covers of several different dance and style magazines including Elegance, VIP, and The Local Magazine. One of her modeling photos was also selected to appear in an issue of Vogue Italy.

She was born and raised in Tirana, Albania.

Other dancers also from Albania who also specialize in ballet include Loresa Hamitaj and Masiela Lusha.

Megi Ndokaj Is A Member Of