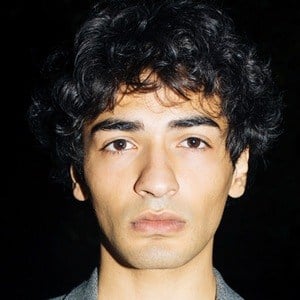 Photographer and director who is known for his conceptual portraits featuring surreal elements. Often utilizing nature as a backdrop, he shares his photography through his self-titled website and through Instagram for his over 150,000 followers.

He studied communication design and gained recognition when he was listed on Adobe Photoshop's list of 25 Under 25 photographers. He started sharing his work through Instagram in December of 2014.

He has been interviewed and profiled in several different magazines including in My Modern Met, The Phoblographer, and Positive Magazine.

While he was born in Kabul, Afghanistan, he later settled in Berlin.

He shared a portrait he took of fellow graphic designer and artist Yana Kryukova to Instagram in November of 2018.

Mehran Djojan Is A Member Of