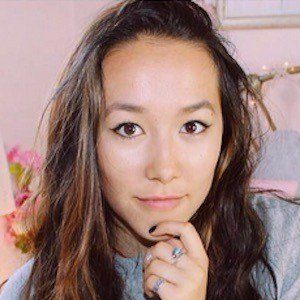 YouTube lifestyle vlogger who is known for her eponymous channel. She has gained popularity there for her frequent DIY project tutorials and How To's, popular song covers, and personal testimonials.

She has amassed more than 70,000 subscribers to her YouTube channel. She has also earned more than 20,000 followers to her eponymous Instagram page.

She has featured various members of her family, including her mom and sister, in videos across her YouTube channel.

She and fellow YouTuber Mathilde Holtti are both known for their lifesyle vlogs and popular song covers.

Mei-ying Chow Is A Member Of