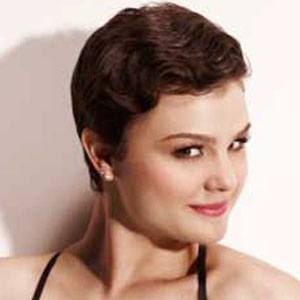 Dancer best known as the Season Eight champion of the reality TV competition So You Think You Can Dance. She performed in the 2015 Broadway revival of Fiddler on the Roof until the show closed. In 2017 she began starring in the Broadway production of Hello, Dolly!

She appeared on All the Right Moves, a program on the Oxygen channel.

She made a guest appearance on Season Four of the popular television series, Glee, as a dancer at the New York college (NYADA) attended by Lea Michele's character.

Melanie Moore Is A Member Of