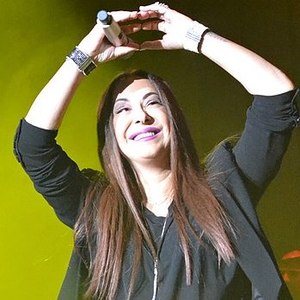 German-born Greek singer and reality television personality. She released three pop albums between 2002 and 2005 and later served as a vocal coach on The Voice of Greece, a popular reality talent show.

In 2000, she became a member of a Greek band called Oi Apenanti. She released her first single with the group, "To Parelthon Thimithika," in 2001.

She recorded her first solo album, To Perasma, in 2003.

She was born in southern Germany and was raised in her family's native Greece.

She and Antonis Remos both served as coaches on The Voice of Greece.

Melina Aslanidou Is A Member Of