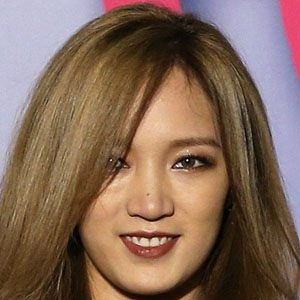 Pop singer best known as a former member of the all-female South Korean vocal ensemble. She appeared with her bandmates on such television variety series as Weekly Idol and Let's Go Dream Team 2. In 2016, she left the group to pursue a solo career.

Early in her career, she performed in the music video for 2PM's popular single "My Color."

She made her big screen acting debut in the 2015 Chinese movie The Third Kind of Love.

She and fellow Miss A member Wang Feifei both attended the Seoul Institute of the Arts.

Meng Jia Is A Member Of