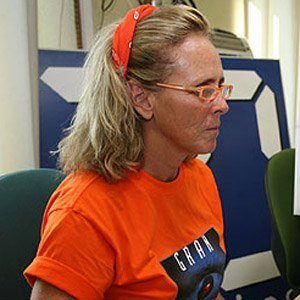 Known best for her hosting work on Gran Hermano, the Spanish version of the Big Brother reality television series, this TV personality also presented programs on the Spanish TVE, Antena 3, and Cuatro networks.

After graduating from college with a degree in journalism, she began her television career as a TVE sportscaster.

She hosted thirteen out of the fourteen seasons of Gran Hermano (Season 3 was hosted by Pepe Navarro).

She and her five younger siblings grew up near Barcelona as the children of a Spanish count. Her brother Lorenzo also had a career as a broadcast journalist.

Mercedes Mila Is A Member Of