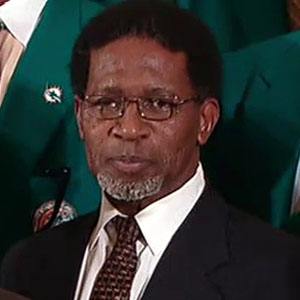 Super Bowl Champion running back for the Miami Dolphins in the 1970s.

At West Texas State University, he was one of the best running backs in the nation, finishing second in yards behind O.J. Simpson.

He earned the nickname 'Mercury' for his remarkable quickness and speed.

He married Bobbie Morris and the couple had three children together.

During his career as a running back, he played multiple games against O.J. Simpson.

Mercury Morris Is A Member Of