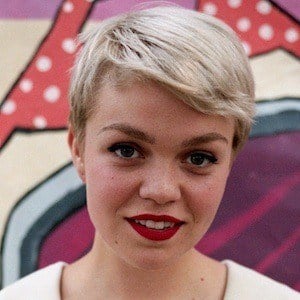 Professional musician, writer, and anchor who is best known for her work at MTV News. She is also the frontwoman for the American punk rock band Perfect Pussy.

She first began playing piano and guitar at age 11. After excelling quickly, she began touring by age 19. She first formed and played in the band Shoppers in 2011. In 2012, she then formed Perfect Pussy.

In addition to her role in music and television, she also founded her own record label which is known as Honor Press. She was inspired after working with Capture Tracks and has represented a variety of genres and bands.

Her mother is a performer in musical theater which helped inspire her musical career. Her father is a journalist.

In 2014, she put out a solo split record with famous rock musician Kevin Devine.

Meredith Graves Is A Member Of