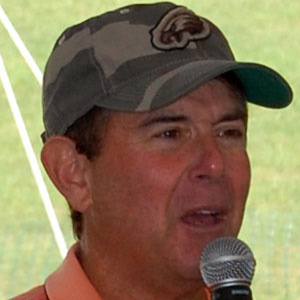 Play-by-play radio announcer who announced for the Philadelphia Eagles on SportsRadio 94.1 WIP-FM for many years, starting in 1977.

He earned his Bachelor's degree in Communications and Broadcasting from Temple University.

The title of his autobiography, It's Gooooood!, is a reference to his well-known field goal calls.

His son Nolan was the assistant editor of Hollywood blockbusters like Avatar.

He was the longtime announcer for the Philadelphia Eagles, whom Andy Reid coached for more than a decade.

Merrill Reese Is A Member Of