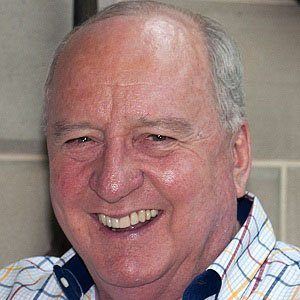 Famous for his politically conservative and sometimes controversial morning radio program on Sydney, Australia's 2GB station, he is also well known for his earlier coaching career with the Australian National Rugby Union.

After attending Kelvin Grove Teachers College and while earning a bachelor's degree at the University of Queensland, he taught at both Ironside Primary School and Brisbane Grammar School.

In 2012, he portrayed American President Franklin D Roosevelt in an Australian production of the musical Annie.

Born in Oakey, Queensland, Australia, he is the son of teacher Beth Belford Thomas and miner and farmer Charlie Thomas. His brother and sister, Robert and Colleen Thomas, both had teaching careers.

During the late 1970s and early 1980s, he served as a speechwriter for then-Australian Prime Minister Malcolm Fraser.

Alan Jones Is A Member Of