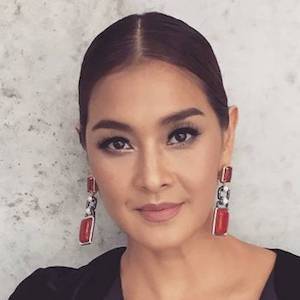 Model who won the Miss Thailand World crown, earning the right to compete in the Miss World pageant in 1992. She has gone on to appear on the cover of magazines like Vogue Thailand and appear as a judge on the first three seasons of the modeling competition show The Face Thailand.

She was raised in New York City and later moved to Thailand.

She is an occasional actress who has appeared in such films as Mercury Man (2006).

She married Edward Sharples, with whom she has a son named Skye. She has siblings named Mark, Mike and Kris.