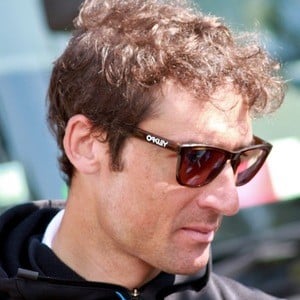 Former professional cyclist from Canada who raced for numerous world class teams in the position of domestique. He placed eighth in the 2008 Beijing Olympics' road race, finished second in the Canadian National Road Race Championships and retired after competing in the 2012 Tour of Bejing.

His father was a competitive cyclist in England and opened a cycling shop in Toronto after moving there. Barry began racing competitively at a very young age under his father's influence.

He competed with Lance Armstrong on the infamous U.S. Postal Service cycling team, and after denying doping allegations for years, he confessed to using performance-enhancing drugs with the rest of the team.

He and his wife have authored a training book together.

He's the author of Inside the Postal Bus which details his experiences riding with the U.S. Postal Service and features passages from fellow teammates including George Hincapie.

michael barry Is A Member Of