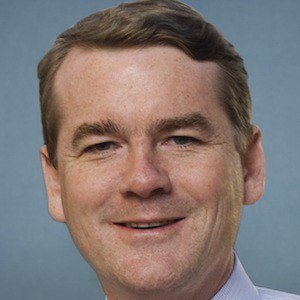 Politician and member of the Democratic party who became the junior United States Senator from Colorado in 2009. He has served as the chairman of the Senate Agriculture Subcommittee on Conservation, Forestry and Natural Resources.

He was the Editor-in-Chief of the Yale Law Journal while he was studying for his law degree there.

Time magazine listed him among the nation's eleven leading educational activists in 2011 and he was one of President Barack Obama's early advisers on educational issues.

His father, Douglas J. Bennet, was a former State Department official, college president, and aide to Chester Bowles while he was the U.S. ambassador to India.

He served in the Senate alongside fellow Colorado Senator Mark Udall.

Michael Bennet Is A Member Of