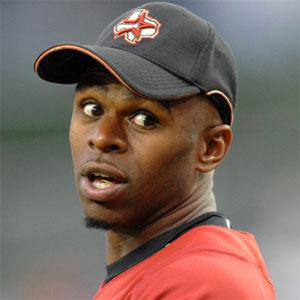 Speedy MLB center fielder who led the National League in stolen bases for three consecutive seasons between 2009 and 2011.

He played three seasons with the University of Houston, recording an impressive .431 on-base percentage.

He was selected to his first MLB All-Star game in 2010.

He became teammates with Chipper Jones after being traded to the Atlanta Braves in 2011.

Michael Bourn Is A Member Of