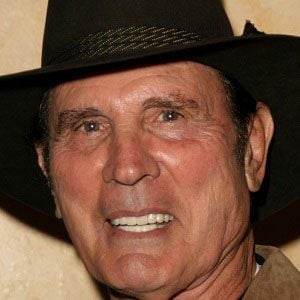 Famous as both a screen actor and a professional baseball player, Dante won Silver Spur and Golden Boot Awards for his roles in western-themed movies and television series and briefly played for the Major League Baseball team the Boston Braves. His cinematic credits include performances in Winterhawk, Seven Thieves, and Westbound.

In the 1950s, during his baseball spring training, he signed up for an acting class at the University of Miami and was subsequently cast in his first feature film, Somebody Up There Likes Me.

Born Ralph Vitti, he later became known by the screen name of Michael Dante. He was born and raised in Stamford, Connecticut.

In the 1970s, Dante befriended his one-time idol, John Wayne.

Michael Dante Is A Member Of