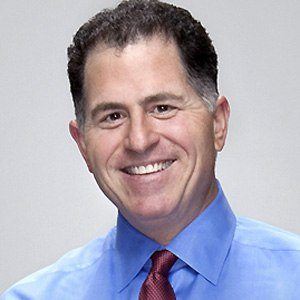 Dell CEO who founded the computer company at 19 in his dorm room.

He was listed as the 41st richest person in the world by Forbes in 2012.

He was born into a Jewish family in Texas. His father was an orthodontist, and his mother was a stockbroker. He had four children with his wife Susan Lynn Leiberman.

He was contemporaries with another famous Jewish entrepreneur, Duff Goldman.

Michael Dell Is A Member Of