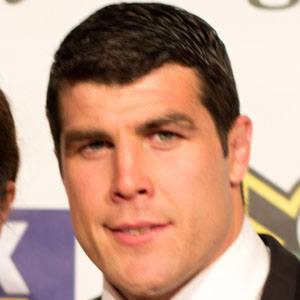 Rugby league hooker who became famous for his aggressive demeanor as a member of teams like the Brisbane Broncos and Canterbury Bulldogs. He began playing representative rugby for New South Wales in 2009.

He was born in Coffs Harbour and began his NRL career with the Newcastle Knights in 2003.

He received the Dally M Award for Best Hooker in 2009.

He has children named Jack Ennis, Randy and Koby.

He punched Queensland footballer Nate Myles during a match in 2010.

Michael Ennis Is A Member Of