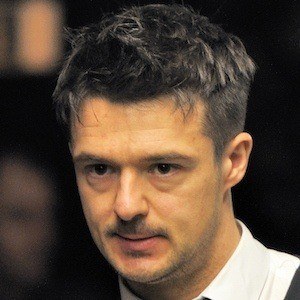 Professional snooker player who's established himself as one of the top 30 players in the game. He reached his first final at a ranking event in 2016, losing in the last round of the Riga Masters.

He first went pro in the mid-1990s and settled into his career as a snooker player in 1998.

He was a semi-finalist in the 2013 Shanghai Masters. He's recorded more than 150 century breaks.

He grew up in Nottingham, England. His nickname is The Hitman.

Michael Holt Is A Member Of