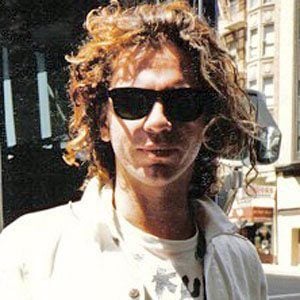 Lead singer and lyricist for the Australian band INXS from 1977 until his death in 1997. With INXS, he released such hit singles as "Original Sin," "What You Need" and "Listen Like Thieves."

His promising future as a swimmer was ended by a broken arm. The first incarnation of INXS Hutchence played with was called The Vegetables.

His relationship with Paula Yates was a scandal because she was technically still married to Bob Geldof at the time.

He dated fellow Australian musician Kylie Minogue, actress Helena Christensen, and actress Virginia Hey, among others. He and Yates had a daughter named Tiger Lily.

He was joined by guitarist Tim Farriss in INXS.

Michael Hutchence Is A Member Of