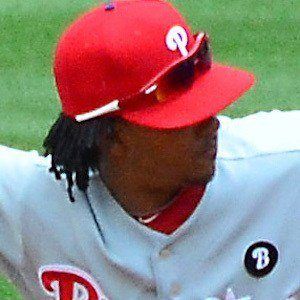 MLB utility player who made his MLB debut with the Philadelphia Phillies in 2011. He's also played for the Pittsburgh Pirates and Cleveland Indians. He helped the Indians reach the 2016 World Series.

He originally signed with the Washington Nationals in 2006 and played with their minor league teams until joining Philadelphia.

He was selected by the Phillies as part of the Rule 5 draft in 2011.

He grew up in Santo Domingo, Dominican Republic.

He and Shane Victorino were teammates on Philadelphia.

Michael Martínez Is A Member Of