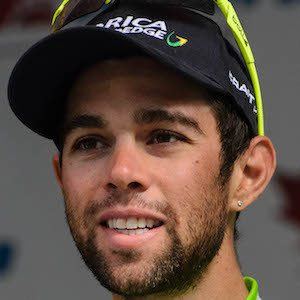 Australian cyclist known for being part of the cycling team Orica-GreenEDGE. He competed in the 2015 Tour de France, finishing 152nd out of 219 riders.

He attended the Australian Institute of Sport and won his first major competitions in 2008.

He grew up in the Australian capital of Canberra. His nickname is Bling.

He and Cadel Evans are both well-known Australian cyclists who trained at the AIS.

Michael Matthews Is A Member Of