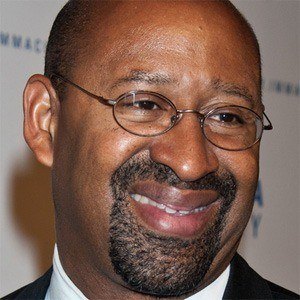 African-American Democratic politician who was elected Mayor of Philadelphia in 2008. From 2012-2013, he served as President of the United States Conference of Mayors.

He studied business at the University of Pennsylvania's renowned Wharton School. He successfully ran for the Philadelphia City Council in 1992.

He and his wife Lisa joined the congregation of Philadelphia's Mount Carmel Baptist Church.

Michael Nutter Is A Member Of