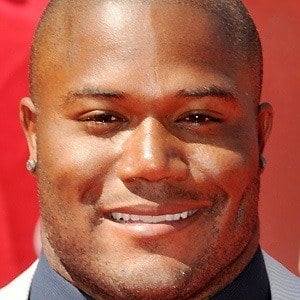 Big Ten's Offensive Player of the Year in 2005 as a Penn State quarterback. He was selected to his first Pro Bowl in 2011 as a fullback for the Seattle Seahawks.

He was an All-State quarterback at Varina High School in Virginia.

He played under head coach Joe Paterno at Penn State.

Michael Robinson Is A Member Of