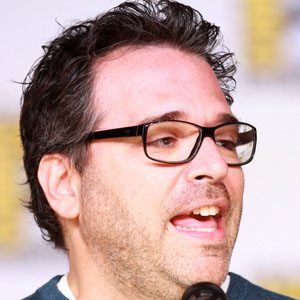 Screenwriter most remembered for his award-winning film, North Country.

He was raised in Newark, NJ prior to relocating to Hollywood.

He segued into TV in 2012, after he landed a job producing the series Americana.

Charlize Theron scored an Oscar nomination for Best Actress in North Country; a film he wrote.

Michael Seitzman Is A Member Of