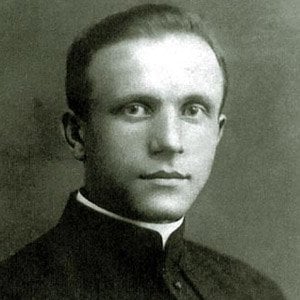 Roman Catholic priest who is best known for being the spiritual director of Saint Faustina Kowalska.

He was a chaplain in the Polish Army in Warsaw during World War I.

He, along with several other professors and students, went into hiding for two years during World War II to escape persecution.

He was raised in a Catholic village in current day Lithuania.

He was beatified by Pope Benedict XVI in 2008.

Michael Sopocko Is A Member Of