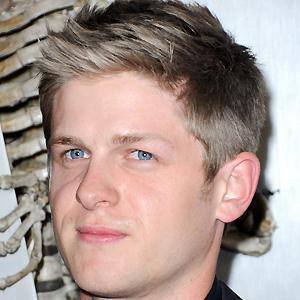 Actor best known for his role as Wendell Bray on the long-running Fox drama Bones. He has also appeared in episodes of NCIS, Grimm, and Criminal Minds.

He studied drama and cinematography at Boston's Emerson College and was an apprentice at the Williamstown Theatre Festival.

He also does theater work and starred in the play All Your Hard Work.

His parents, Will and Holly, are both teachers. He has two siblings.

He had a recurring role in the hit show Bones, starring Emily Deschanel.

Michael Grant Terry Is A Member Of