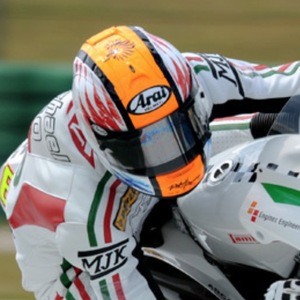 Dutch professional motorcycle racer who is known for competing in the Superbike World Championships. He is known for having earned sponsorship from Yamaha and rides a Yamaha YZF-R1.

He first began competing in the Grand Prix motorcycle racing season in 2008 riding a Honda 125cc for the Dutch Racing Team. He earned further recognition for his racing in 2012 when he won the European Superstock 600 Championship.

He is known for having won the Suzuka 8 Hours with Leon Haslam in the Endurance FIM World Championships on a Honda CBR1000RRW.

He was born and raised in Gouda, Netherlands.

He is known for winning the Suzuka 8 Hours championship with the Yamaha team as well where he competed with fellow professional racer Alex Lowes in 2015.

Michael van der Mark Is A Member Of