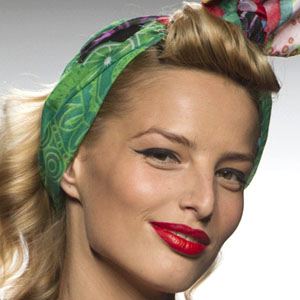 Model who received second place in the 2004 Elite Model Look Slovak fashion contest and is also known for her numerous collaborations with fashion brands like Monique Lhuillier and Vivienne Westwood.

She made her debut in fashion in a very big way, during the Rodarte show in 2006.

She became known for her extraordinarily tiny waist, which measured 23 inches around.

She was born in Trencin, Slovakia.

Michaela Kocianova Is A Member Of