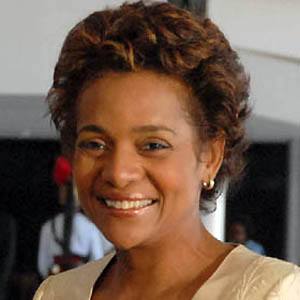 A broadcaster who used her journalism fame to become the 27th Governor General of Canada from 2005 to 2010.

She moved from Haiti to Canada with her family as a refugee in 1968.

She worked as a broadcaster for Radio-Canada and the Canadian Broadcasting Corporation.

She was in a longtime relationship with her, husband Jean-Daniel Lafond.

She served as the 27th Governor General of Canada under Prime Minster Paul Martin .

Michaelle Jean Is A Member Of