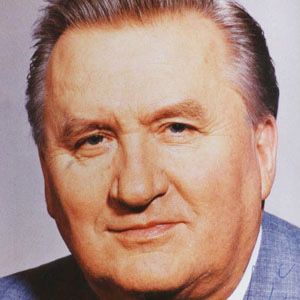 The first President of Slovakia who was in office from 1993 to 1998. He helped found the Movement for a Democratic Slovakia in 1991.

He attended the University of Economics in Bratislava and became a bank employee then traveled abroad in the 60s to London and Cuba.

He was diagnosed with Parkinson's disease in 2008.

He was married to Emília Kováčová and his son was accused of financial crimes by German authorities in 1995.

He and Jerry Mathers both worked as bankers.

Michal Kovac Is A Member Of