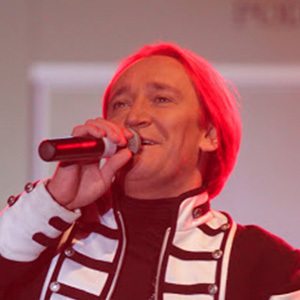 Polish vocalist and musician best known as the leader of the pop band Ich Troje. His group performed for their home country in the 2003 and 2006 Eurovision Song Contests and released the hit albums Ad. 4 and Po piąte... a niech gadają.

He formed Ich Troje in 1995 with Jacek Łągwa and Magda Femme.

He's known for his trademark bright red hair, although he sometimes colors it black, white or green.

He was raised by his grandmother. His mother's name is Grażyna. In 2012, he married Dominika Tajner-Idzik.

He shot to fame as a pop singer with Polish roots like Anna Jantar.

Michal Wisniewski Is A Member Of