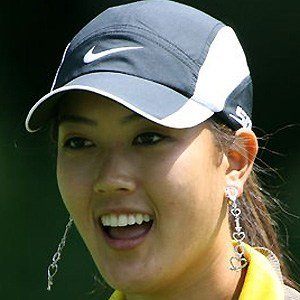 Hawaiian golfer who turned professional at the age of just 15. She joined the LPGA Tour in 2009 and won two events on her first two years on the tour.

She graduated from Stanford University in 2012 with a communications degree.

She qualified for a USGA amateur championship when she was just ten, setting a record for the youngest golfer to ever accomplish the feat.

Her parents were Korean immigrants Byung-Wook and Hyun-Kyong Wie. She got engaged to Jonnie West and they secretly wed that year in August 2019. She and Jonnie have a daughter named Makenna.

Like Tiger Woods, her status as a world-famous golfer opened the door to numerous product endorsements.

Michelle Wie Is A Member Of